Not for anything in the world would I have missed the occasion to come, because I have seen a truly great house. So beautiful and well planned and adorned with excellent paintings, that I do not believe there is another one like it in all the world.

This was how Ludovico il Moro described his visit to the Belriguardo Delizia in a letter written to his wife Beatrice d’Este in May 1493. Construction began in 1436 by order of the Marquis of Ferrara, Nicolò III d’Este and was conceived as an ‘old-fashioned’ villa. The architect of the building, Giovanni da Siena, perfected a design that appears to follow the Vitruvian reconstruction of a Greek house, with a core of two spacious arcaded rectangular courtyards, designed in sequence and connected by a large building with two floors.

Over the years other structures and working areas were developed nearby, harmoniously integrated with the architectural style: arbours and vines, kitchen gardens and orchards, fish ponds, fountains and, above all, enormous orderly gardens. After passing the large fish pond, fed by the waters of the Sandalo river and often the scene of aquatic entertainment, we would find ourselves in front of the imposing entrance tower, which gives access to the first courtyard, arcaded on three sides, housing the area where the daily activities of the estate were organized and acting as the administrative centre for the coordination of the many surrounding agricultural lands.

Proceeding into the second courtyard, we would have come upon the most sumptuous part of the residence where the noblemen and artists lived. Among the rooms decorated with frescos we can see the story of Psyche, painted in 1493 by Ercole de’ Roberti and the decoration of the ducal chapel by Cosmè Tura.

The only surviving work of art is the “Sala delle Vigne” (Hall of Vines), painted by many artists including: Dosso and Battista Dossi, Camillo Filippi, Benvenuto Tisi da Garofalo, Tommaso, Girolamo da Carpi and many others. The “Sala delle Vigne” is now the Renaissance section of the Civic Museum of Voghiera, with a series of displays containing pottery of the fifteenth and sixteenth centuries and documents regarding Belriguardo. The residence also houses an Archaeology department, displaying the remains of the Roman necropolis of Voghenza (I-III century A.D.) and a Modern Art gallery. 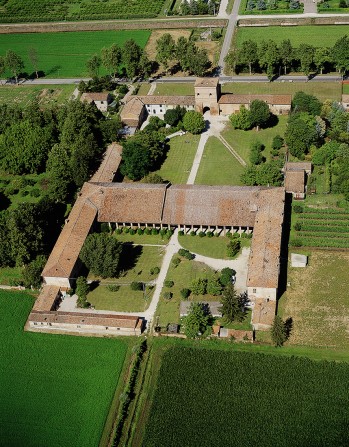 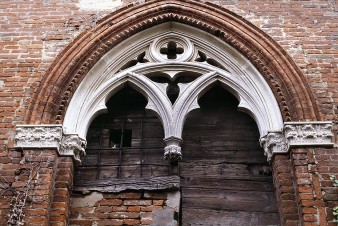 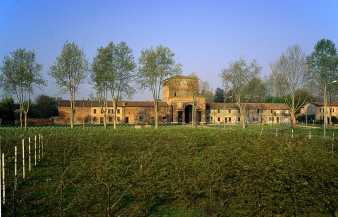 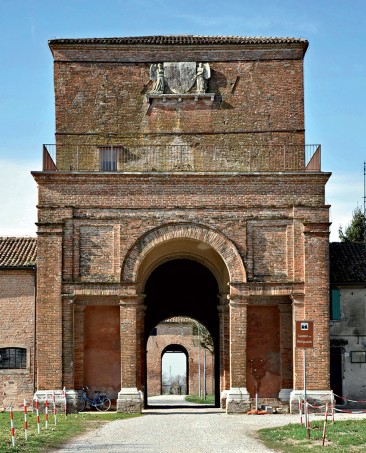 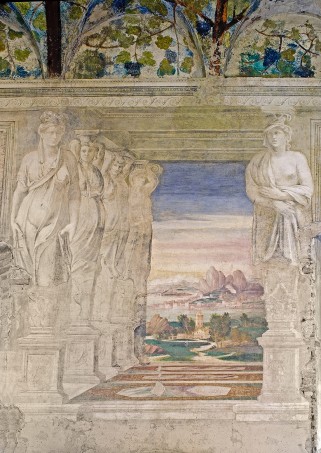